Biles took to Twitter with her statement, writing, “For too long I’ve asked myself, ‘Was I too naive? Was it my fault?’ I now know the answer to those questions. No. No, it was not my fault. No, I will not and should not carry the guilt that belongs to Larry Nassar, USAG, and others.”

When the Olympics aired on TV during the summer of 2016, viewers became acquainted with Ron and Nellie Biles, Simone’s parents. But what else do we know about her personal life? Who is her boyfriend, Stacey Ervin, and where did she meet him?

Read on to find out.

1. Ervin Is a Director & Head Coach at a Gymnastics Center in Texas 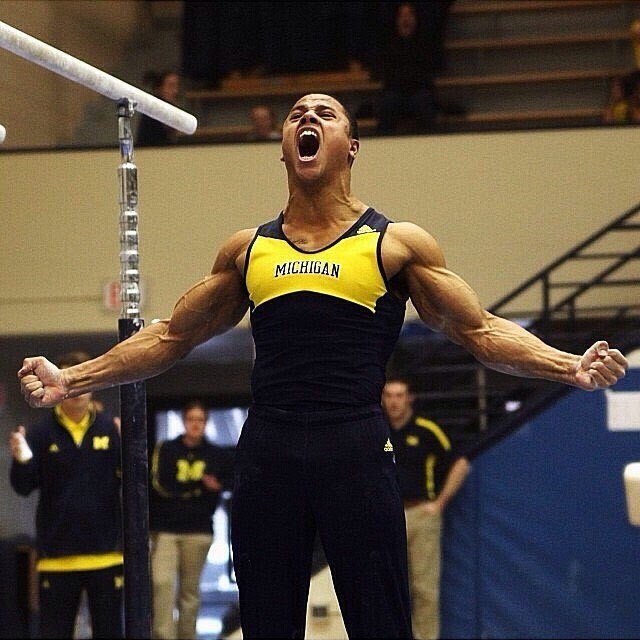 Ervin, a fellow gymnast, graduated from the University of Michigan in 2015, where he received his BA in Psychology. He was part of the university’s gymnastics team, and went on to be part of the US national gymnastics team in 2013. Ervin was a four-time all American, and won back-to-back NCAA and Big Ten championships with his teammates.

According to his LinkedIn, he currently works as director and head coach at Men’s Gymnastics Program at World Champions Center, where he has been working since July 2017.

Prior to working at World Champions Center, Ervin was a customer success manager at Oracle in Austin. The athlete’s LinkedIn also boasts  years of volunteer experience with Mott’s Children Health Center, where Ervin was a student-athlete visitor.

2. Simone Has Admitted That They Do Not Come First in One Another’s Lives Because of Their Devotion to the Sport

The two went public with their romance in August 2017, which Biles says was a nerve-racking experience. “I feel like we’re a little bit nervous to put it out there because everyone has their own opinions,” Simone told AOL. “It is different dating in the public eye, but I think we just do us.”

In a candid interview with People, Biles said she and Ervin are realistic about the amount of time they spend together.

“He’s an elite athlete and he’s traveled and stuff, so he understands it… We already know in each other’s lives we don’t come first, and that’s okay with the both of us. So we do what we need to do, and then when we come together it’s fine.”

In November, Simone returned to full-time training for the 2020 Olympics in Tokyo. Speaking to NBC Sports last October, Simone said, “It’s going to be rough… But the muscle memory is there because I’ve come and I’ve played in the gym. All of my skills are basically still there. There are a couple of skills, like on [balance] beam, that I haven’t done yet, like a dismount, because why would I just chuck that? There’s no way. And I haven’t vaulted since the Olympics.”

3. They Met Three Years Before They Started Dating

Biles and Ervin met three years before they started dating.

According to People, the duo met at the P&G Gymnastics Championships. Biles once told Ervin he was “cute” over Snapchat, and the couple continued to remain friends for years. In an interview with ET while she was part of Dancing with the Stars, Simone revealed that because of gymnastics, she never quite had time for a boyfriend “I have never had a boyfriend in my life,” she told the outlet last April. “At 20 years old I feel like you should have gone through those things and gone on dates. I have been on like, maybe one proper date.”

In 2011, Ervin lost his mother to Cutaneous T cell lymphoma, he explains in an applicant video for American Ninja Warrior. “She was my largest supporter, and her passing really taught me how to handle everything. And to rely on my friends and family and to push them to be their best while they’re pushing me to be my best.” 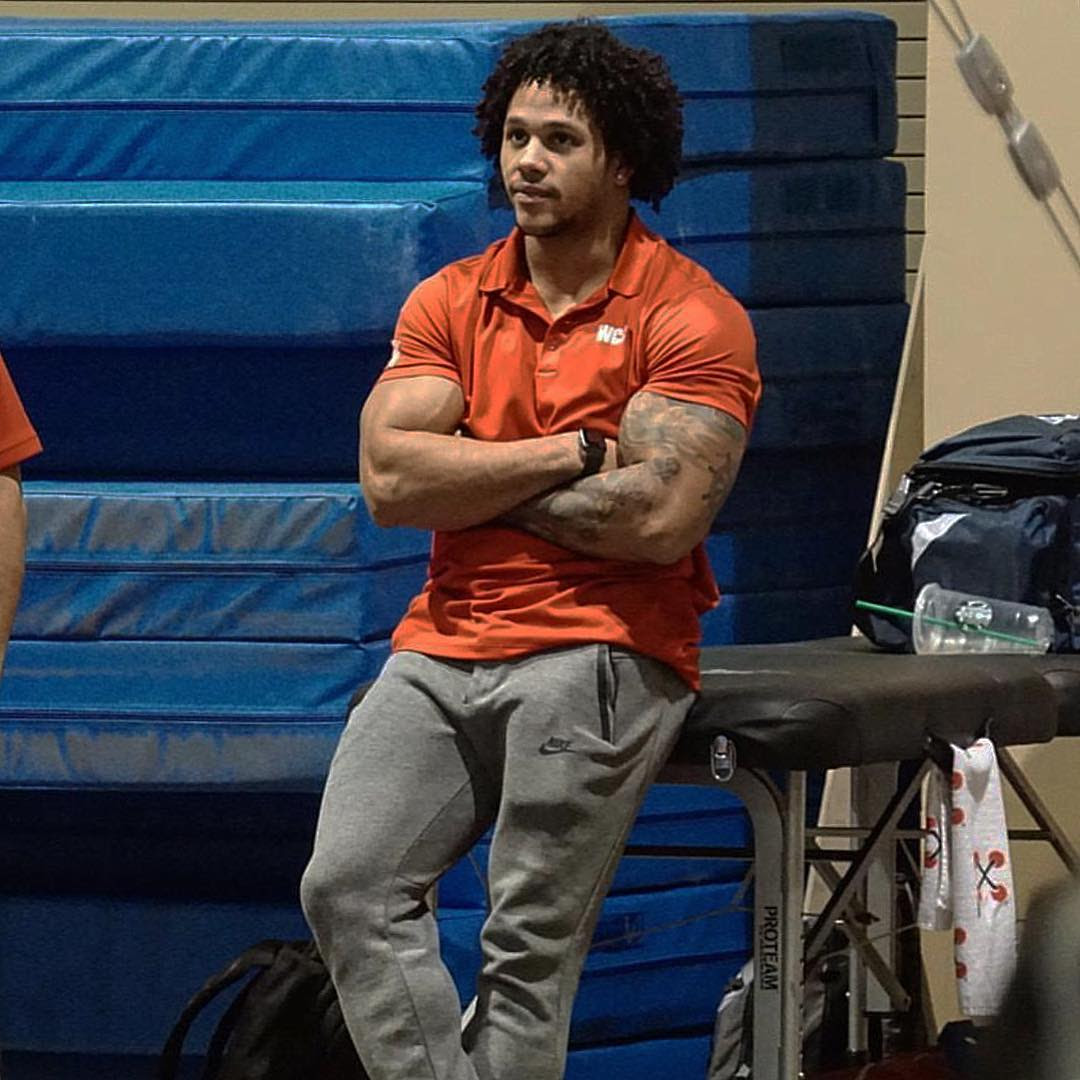 In 2012, he was an NCAA floor exercise bronze medalist.

In August, Stacey posted an adorable picture of the duo to Instagram after she was inducted into the Hall of Fame. He wrote, “Words cannot express how incredibly proud I am of you, all you’ve accomplished & how well you carry yourself. You make me feel like I am the luckiest man alive. Congratulation on your induction to the USA Gymnastics Hall of Fame! I can’t wait to see what the future has in store.”

Last year, Ervin made an appearance on ‘American Ninja Warrior’.

In his applicant video for the show, Ervin explains that he is originally from Michigan and currently resides in Texas. “Gymnastics has taught me so many lessons, and it’s really pushed me to be better in every aspect.”

He continues, “I want to show people you can accomplish your goals if you work hard for it and you do everything you can to be your best self.”