Rep. Adam Schiff is the ranking Democrat on the House Intelligence Committee, and the author of a controversial counter memo by the Democrats that attempts to offer an alternative context to the Republicans’ FISA memo. While Schiff has been at the center of the FISA memo controversy, all eyes have also turned to his wife, Eve Schiff. Who is she? She and her husband are incredibly close, and he often says admirable things about her on social media, bragging about how lucky he is. Here’s what you need to know about Eve Schiff.

Adam and Eve (Sanderson) Schiff met on a tennis court in Marina del Rey 1990 and were married five years later on February 19, 1995. They’ve been married for more than two decades. He always writes something cute on his social media page about “Adam and Eve meeting” on their anniversary. He even still remembers the shirt he wore on their first date nearly 27 years ago and mentions it on Facebook. Despite being different faiths (she’s Catholic and he’s Jewish), they were a great match. The family has belonged to Temple Beth Ami since 2010.

2. His Friends Joked That They Should Name Their Kids ‘Cain and Abel,’ But They’re All Really Quite Close 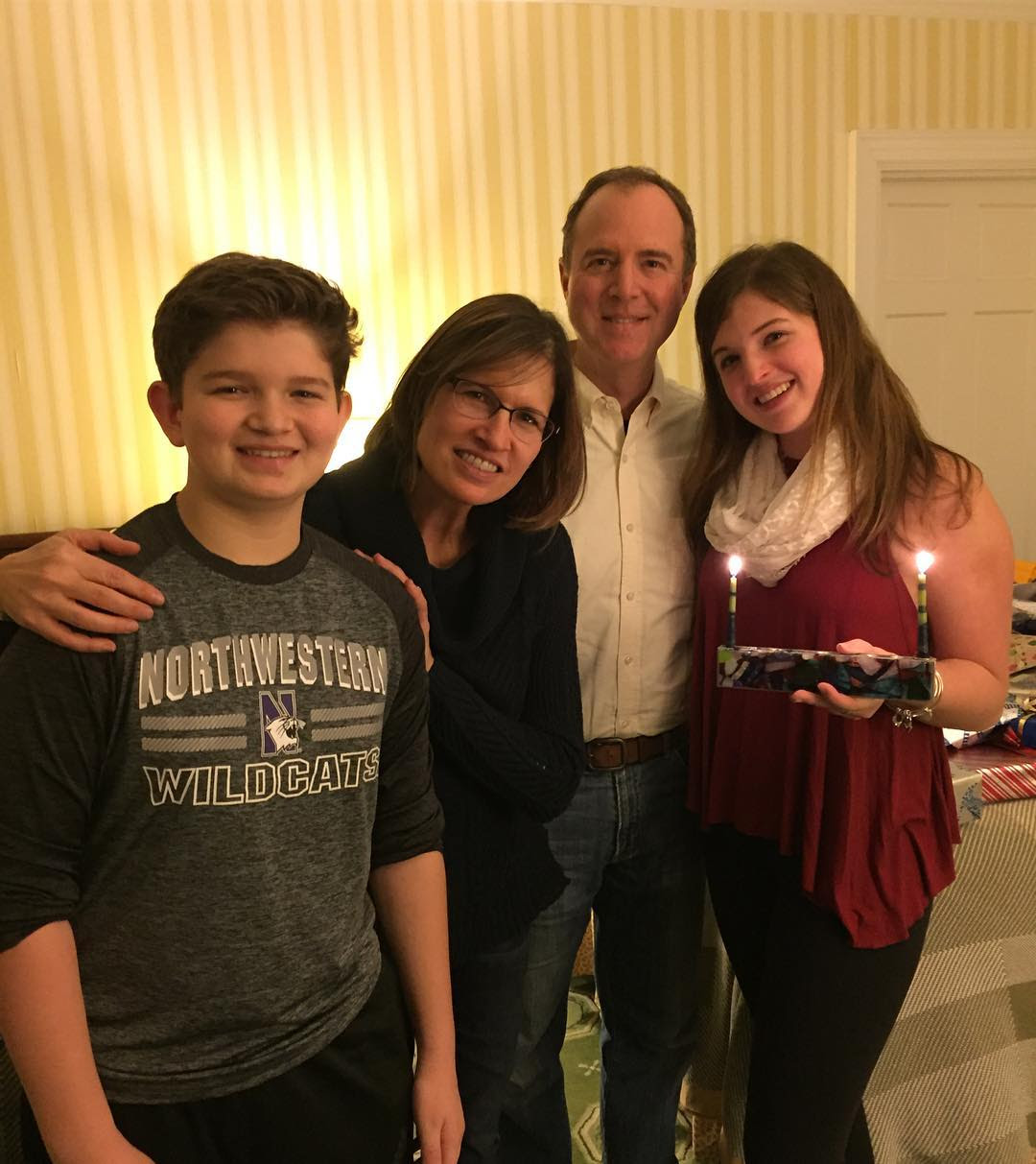 Adam often jokes that he and his wife Eve are the real life “Adam and Eve,” and their friends suggested that they name their children “Cain and Abel.” (They never actually took that suggestion seriously.) They have two children: Alexa Marion, born July 1998, and Elijah Harris, born July 2002. In 2012, Adam took Alexa to “Take Your Daughter to Work Day,” and she really enjoyed it. “You always see in movies and like TV shows people talking on the House floor,” Alexa told SCPR in 2012. “And it’s really cool to be there where everything happens.” Adam and his children are very close. In fact, Alexa gave her dad a makeover recently for MSN. 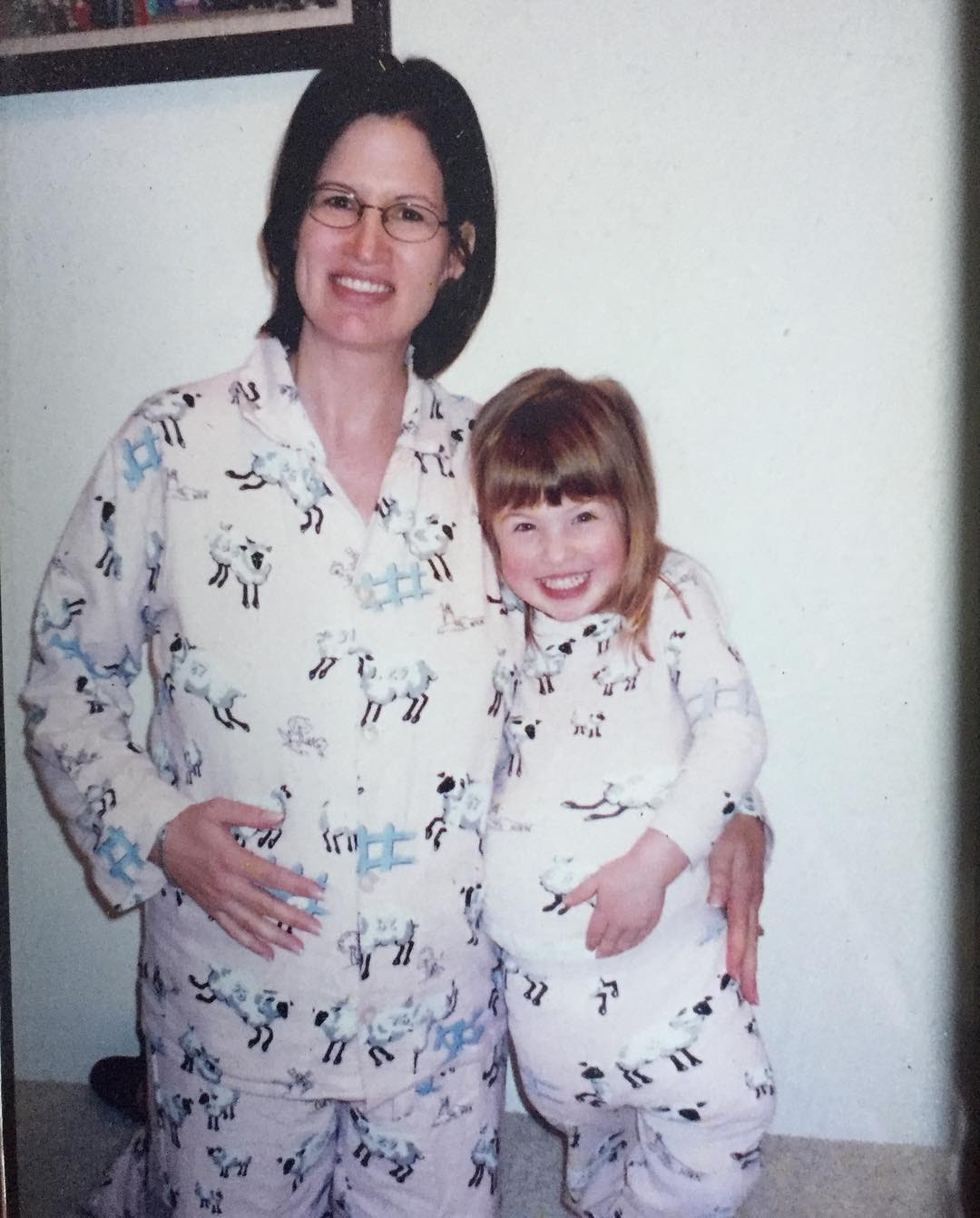 Adam wrote for Good Sports that Eve was a great tennis player who had played for most of her youth. But once they started having kids, she quit for a while, like many other people do. But then she picked the sport back up years later. He wrote admirably: “She’s great. She’s a good role model for me because she’s out there working out every day.” Her dedication inspired him to get back into working out himself and be in better shape.

In fact, Adam admires a lot about Eve, including her family. On Mother’s Day in 2016 he wrote on Facebook: “Happy Mother’s to my wife, Eve. She’s a great mom, and had a terrific example to follow with her mother, Marion Sanderson, who passed a decade ago. An artist, Marion was a beautiful person and a real sweetheart — as fantastic a mother-in-law as anyone could ask. We lost my mother, Sherrill Ann Schiff, about five years ago. Nana as she was called by our kids, was a wonderful, loving and proud mother and grandmother. We miss them both.”

Adam and Eve Schiff have an estimated net worth of $1.74 million, according to InsideGov.com. This is 63 percent higher than the average member of Congress and 104 percent more than the average representative. His net worth also puts him at 21st among all the members from California.

5. They Relocated from California to D.C. Because They Hated Being Apart

Eve used to volunteer where they lived in California, and she continues to volunteer after they moved to D.C. She has volunteered on four different PTA committees at one time, despite the grueling schedule. They relocated to D.C. from California because they hated the prolonged absences that kept them apart. And they love every minute that they’re together. In fact, Adam even posted their chili recipe on his website: