Long Island Medium star Theresa Caputo and her husband Larry were previously reported as separating, and on the April 8, 2018 episode, the couple discusses the future of their marriage. In an interview with E! News, Larry opened up about what he felt went wrong in his marriage, admitting that, “I think a lot of the frustration has to do with us not spending the time together anymore. Along with that comes the lack of communication so it’s like losing your best friend. It’s hard … As much as I try to busy myself so I’m not thinking about it, it’s still there. I know it’s very trying for both of us. I don’t want to make it just about me. I know it’s the same for Theresa also.”

According to News Week, in 2013, Theresa said, on an episode of Long Island Medium, that she had a dream Larry had cheated on her. Theresa had said, “I [dreamed] that Larry was having an affair. And I’m like, ‘Are you freaking kidding me? Seriously?'” There have been no confirmed reports of infidelity.

The split was announced in early December 2017. In a joint statement upon their separation, Theresa and Larry revealed, “After 28 years of marriage, we have decided to legally separate. We will always love each other and our two wonderful children. We are united in supporting each other and our family. Please respect our privacy during this time.” And, on an episode of Long Island Medium, Theresa lamented to her friends, saying, “Since the last season of Long Island Medium and through a period of time, Larry and I’s relationship has changed. We’ve been there for each other, you know, through thick and thin, you know, good times, and right now are not such great times. I don’t understand it. I lay in bed, and I say to myself, ‘How did this happen? How did I get here?’” Theresa then added that, “I sometimes interpret it as growing apart. I’ve changed and he has changed. We’re both not happy and, you know, it’s hard to try to work through that. It’s not easy for me to sit here and to talk about this, to talk about my feelings, to talk about how my marriage is, but you know, things do change.” 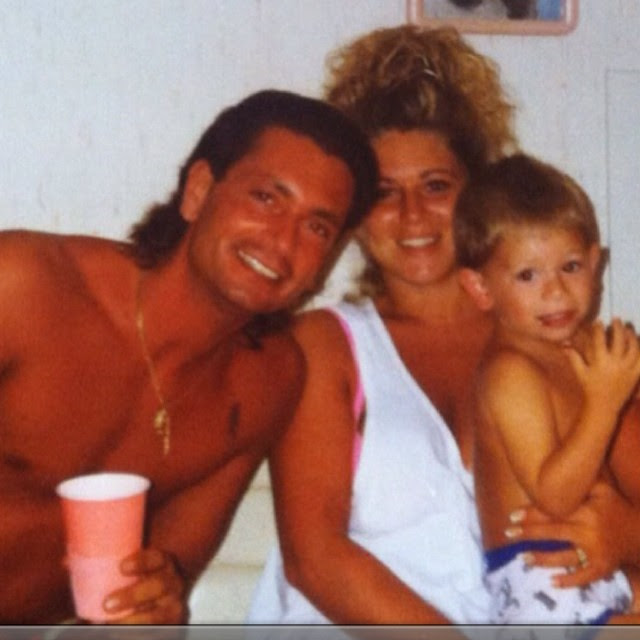 After the couple released the statement about their split, Theresa wrote on Twitter to her followers that, “I’m overwhelmed by the love and support for me and my family while we’re going through this difficult time. One thing will never change and that is that we will always love and support each other, and be the best parents we can be to our children. Love you guys.” Recently, Theresa spoke with Good Housekeeping about life since her break up from husband Larry, saying, “We’re in a good place. We’ve taken things day by day and, at the end of the day, we’re okay.”

Theresa then added, “[We’re] working and finding our place. We’ve been together for a very long time. And people change. We all change. None of us are the same we were 10 years ago, five years ago, regardless of our work or what we’re doing with our lives. We change, as people.”

Currently, Larry lives in Los Angeles, while Theresa still lives in New York. The couple has been together for approximately three decades and married in 1989, according to Page Six, and they have two children together.